Our flours are cultivated on a local organic farm in Charente Maritime.

They are milled on site and contain no additives.

This ancient technique preserves the germ of the grain, 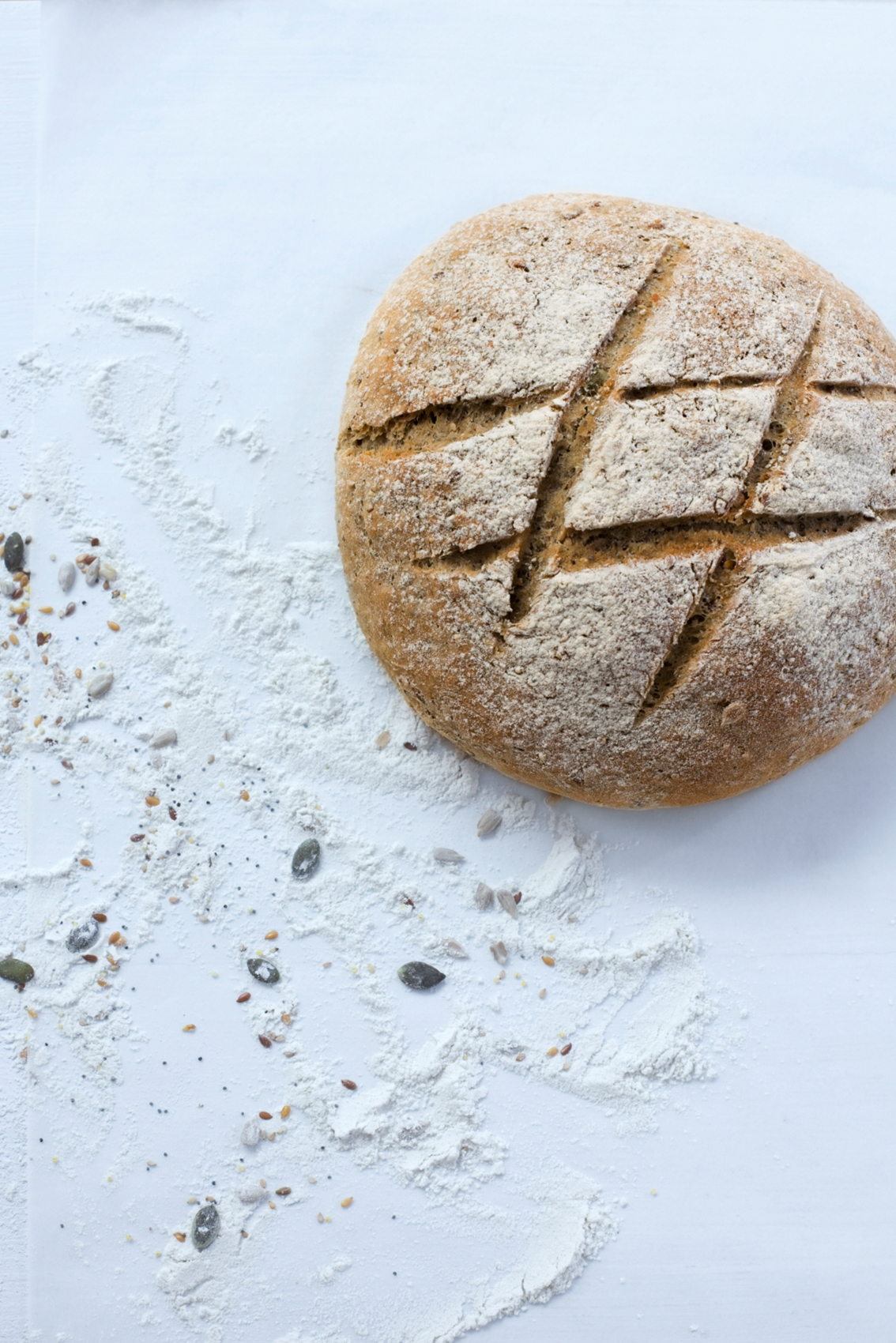 where the majority of the vitamins and minerals are concentrated. Our flours are unrefined; they are a minimum type 65. The « type » of flour indicates the degree of refinement of the flour. The higher the type, the less refined. Whole grain flours are praised for their mineral rich content. We avoid conventional whole grain flours that are often full of pesticides.

The ultimate bread flour. Made from ground wheat, this flour contains more gluten then other grains (a protein found in wheat flour that allows the dough to rise), making it an ideal candidate for bread making.

Often considered a cereal, buckwheat is actually the fruit of the same plant family as sorrel and rhubarb! This flour is gluten free. Although it does not rise during baking, buckwheat is known for its rich color and pleasant taste. Try out our buckwheat galettes!

Rye flour has a low gluten content. In order to rise, rye flour works best when combined with wheat flour. We use rye in our country bread mix.

Spelt is an ancestor of wheat; we found traces dating back from 9000 BC! Abandoned in favor of wheat due to a very low yield, spelt was forgotten. Today spelt flour has found a new market in the health industry. With only a mild gluten content, spelt flour can be tolerated by some people with a gluten intolerance. Spelt flour gives a slightly nutty taste to our sweet cake.